AN INTROVERT’S INTROSPECTIVE ON NETWORKING

Like a lot of treasury professionals, I am an introvert. The prospect of entering a room full of people I do not know, huddled in small cliques talking and laughing as I drift by unseen and unheard, was sufficient for me to find an excuse not to attend. Being too busy was an easy ‘go to’. It is fair to say that when I did eventually venture out to corporate events, it inevitably led to my striking up conversations with wait staff (who were somewhat obligated to humour me) and striking out with my peers (who were not).

It is also fair to say that it was not everyone else’s fault, nor even anyone else’s fault. I was not only an introvert who was woeful at networking in practice, I was so against the concept of networking that I did not want to be good at it. My albeit anecdotal experience with active networkers was that they were not talented. They stole ideas off talented people and passed them off as their own – old school plagiarism wrapped up in MBA management speak. As someone with a deep academic background, plagiarism is as bad as it gets.

Not an auspicious start.

I am now, among other things, the Vice President and Technical Director of the Australian Corporate Treasury Association (ACTA). I am also either a colossal hypocrite or a late convert to networking. I admit to being a late convert. I leave judgements about my hypocrisy, colossal or otherwise, to others.

Why did I become a late convert?

Before I became a treasury professional, I was in both buy- and sell-side financial market roles. As a sell-side FX option trader there was very little need for conversation, let alone developing a network. I lifted asks and gave bids by shouting down squawks or typing into the ‘toy’ (for nostalgia buffs, starting with HIHI FRDS and ending with BIBI FN). As a buy-side macro fund manager, I was feted by financial market salespeople whose job was to make me feel at ease. I did not have to develop these skills, so I didn’t.

Expectations of a treasury professional are much greater. Financial market traders tend to specialise, gaining deep expertise and experience in a relatively narrow field. Treasury professionals, on the other hand, are expected to have much broader expertise and experience, which means they will be veterans in some fields of specialisation and rookies in others. Clearly, this provides an opportunity for win-win networking.

Being truly honest, my late conversion to networking was more like an intervention. I attended my first ACTA conference (or FTA as it was then) with the game plan of attending as many technical sessions as possible and avoiding all networking opportunities. As it happens, everyone made me welcome, introducing themselves and putting me in contact with others. I shared experiences over coffee, beers, breakfast, lunch and dinner. I was still an ordinary conversationalist, but others were accepting, open, forgiving and generous.

My transition from intervention to conversion was down to two personal commitments:

Because I am acutely aware as an introvert that people are not going to gravitate to me naturally, I decided to force myself to be an active member. Instead of passively turning up to the occasional event, I turn up to every event. I also decided to volunteer for ACTA, becoming over the years a conference committee member, Chairing the WA State Committee, then becoming a Board member. Each committee requires engagement with other members, both in and outside of the committees, dramatically increasing your network. I also committed to respond affirmatively if possible if I was invited to speak at events or be MC for a session / webinar. I wanted to share knowledge and get feedback, but you would not believe how many times people come to me and say “I was at your session and wanted to ask . . .” – a natural icebreaker. While these decisions and commitments take time and effort, they have been worth it.

My approach to networking has matured. It is not about me and what I want, it is about how can I help others. As well as feeling good about being altruistic, this has the additional benefit of taking the stress out of individual encounters, as the encounter is enough. It is heartening that by being generous with others, they tend to be generous in return. In that sense I have come full circle. I am simply doing what those interventionists did for me all those years ago. Not as well, but I am trying.

Those who know me know that I am still introverted. Those who don’t know me are welcome to reach out at the ACTA conference if not before. I cannot promise an immediate tangible benefit, but I am happy to invest in the intangible. Are you? 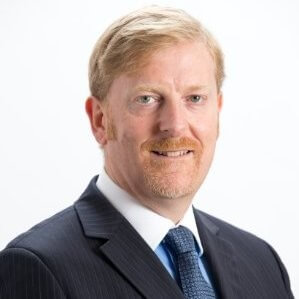 Kurt Smith is the Vice President and Technical Director of the Australian Corporate Treasury Association; a Director of Marengo Capital, a corporate advisory company; and an Associate Director of Global Business Partners, a business advisory company. Kurt has over 25 years’ experience in creating and managing for value in banking, funds management, private equity, fintech, utilities and mining services. Kurt has a Ph.D from the University of Western Australia, and an M.Phil. from the University of Cambridge.