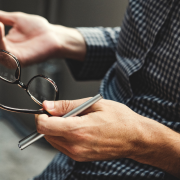 When the cycle turns
REITs around the world are braced for rising rates, tighter funding conditions

While the risk of rising borrowing costs and tighter funding conditions grow across a number of major property markets–and for the real estate investment trusts (REITs) whose income depends on these markets–the REITS rated by S&P Global Ratings are generally well positioned to withstand a gradual rise in interest rates as their capital structures are largely fixed or hedged.

In the U.S. the world’s biggest market for REITs, at roughly the size of Europe and Asia combined–these entities have shored up their balance sheets against the backdrop of a Federal Reserve that is steadily raising interest rates as it normalizes monetary policy, and yields on benchmark Treasuries look set to rise accordingly. S&P Global Ratings economists forecast one final quarter-point rate increase from Fed policymakers this year (for a total of four) and three in 2019, which would bring the benchmark federal funds rate to 3.0%-3.125%, up from effectively zero in the aftermath of the
Great Recession. We expect the 10-year yield to reach 3.2% by year-end, 3.4% at the end of next year, and 3.5% in 2020. While these increases could weaken REITs’ EBITDA interest coverage and fixed-charge coverage ratios, the fact that our rated REIT universe consists largely of fixed-rate debt mitigates this risk. As it stands, fewer than 20% of U.S. REITs we rate have debt structures with more than 25% exposure to variable-rate debt.

Moreover, debt maturities appear manageable, in our view, with just 3% of outstanding debt coming due before year-end, followed by 7% and 11% in 2019 and 2020, respectively. Furthermore, cash flows are rising and debt levels are falling. As a result, the total debt to EBITDA ratio in the sector has improved to the lowest levels since the financial crisis, declining to less than 6x last year, from a peak of almost 8x in 2010.

Similarly, rising interest rates and tighter funding conditions pose key risks across the AsiaPacific real estate markets. Indeed, borrowing costs and spreads are increasing, and investor sentiment points to a potential turn in the U.S. credit cycle late next year that would likely have repercussions around the world. Still, most Asia-Pacific REITs we rate can absorb a gradual increase in rates, given their robust interest coverage metrics, limited amount of floating rate debt, and modest upcoming maturities. But a sudden and sharp rise could affect the credit quality of the region’s REITs.

When we looked at how three levels of interest rate increases–100 basis points (bps), 200 bps, and 300 bps–would affect REITs’ various credit measures, we found that rated Asia-Pacific REITs are well-positioned to cope because they have fixed a greater portion of their debt book amid low-interest rates, and their liquidity positions are either strong or adequate. Under the more severe stress scenarios, a small number of entities that have significant exposure to floating rates would face ratings pressures.

At any rate, Asia-Pacific REITs have reduced overall debt levels and kept debt-to-EBITDA leverage (excluding Japan) under 5.0x in recent years, from a peak of 5.6x in 2008. In particular, the Australian and New Zealand REITs largely sit at the lower end of their targeted gearing ranges (debt to assets), providing a buffer in their balance sheets (see chart below).

Likewise, most REITs in Europe have fixed or hedged their debt for the next 3-4 years, and the direct effects on funding costs and interest expense coverage ratios appear limited and unlikely to be the sole trigger of negative rating actions. A more significant side effect in Europe could be that limited increases in rates, if unaccompanied by higher inflation, would depress asset values.

To gauge how lower asset values could affect the asset-based credit metrics of European REITs we rate, we ran a second round of stress scenarios, incorporating arbitrary drops in portfolio value over the next two years. Across our sample, a 5% drop in portfolio value is unlikely to trigger rating actions; a 10% fall would likely cause at least a few outlook changes and a handful of downgrades; a 20% drop could trigger downgrades for several
companies.

However, we believe there are several buffers protecting real estate asset values in Europe against rising interest rates. These include the widespread indexation of rents to inflation, a high-risk premium between discount rates and risk-free rates, and generally prudent assumptions that independent appraisers use in their line-by-line valuation process. All told we expect global REITs we rate to be able to withstand a moderate pace of rate increases, with debt coverage ratios such as fixed charge coverage and EBITDA interest coverage weakening only modestly. 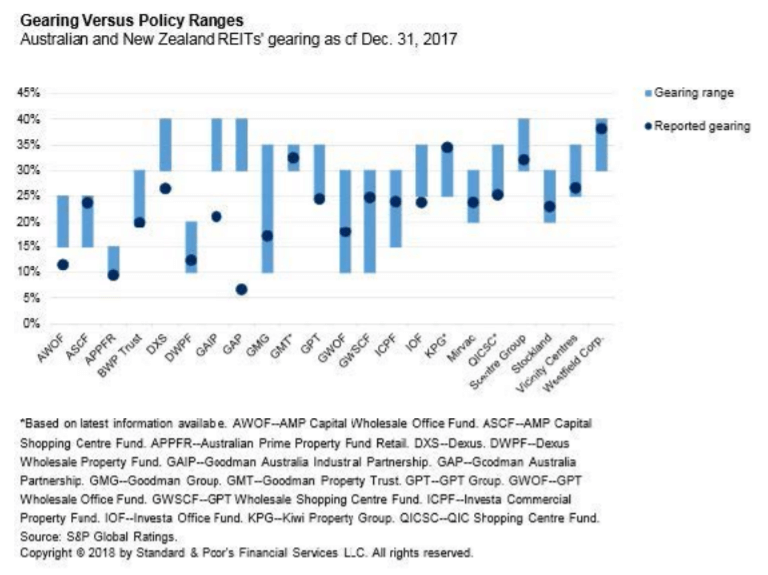